You don’t have to wait to bring your vision to life! We are now offering virtual consultations. Schedule one today!

As a far home improvements are concerned, there is no official “how to buy” or “how to sell” books for homeowners and remodelers respectively. Add to that, unlike many other life decisions and past purchases, a homeowner has little or no personal history to refer to or learn from. A person, with no auto industry involvement, will purchase many cars over their lifetime and typically get wiser from each experience which improves their next car purchase. Also consider, homeowners are more likely to buy and sell a home than purchase a major remodeling project such as an addition or a new kitchen. Many of the homeowners that the TB&A staff consults with have never personally experienced a substantial home renovation.

The remodeling contractor is not much better off. There is no official “remodeling school.” Yes, there are national associations (for example: NARI), professional groups, and consultants that offer courses and training, but not mandatory and/or standardized.

Painting the picture with a broad brush, there are three general groups of remodeling companies with regard to estimating and ultimately selling projects.

Within those neat and tidy groups the solutions might seem simple. A homeowner would probably say they plan on getting three estimates from companies only in the first group with hopes to make an “apples to apples” comparison. It is not that easy. There are three distinct components that make up a remodeling project – material, labor, and the company that will deliver the experience. As an example, if you planned to buy a Ford SUV, you could go to three Ford dealerships and compare the prices. The only variable will be the people at the dealership – the company delivering a small part of the experience. Ford is the main company, the SUV is the product, and Ford provides the labor or assembly and warranty. Now how about the apples to apples comparison when it comes to remodeling projects? There is not a level playing field or a pre-cast guideline. Here is a fun fact: there are 7,500 different varieties of apples in the world with 2,500 varieties grown in the United States.

Let us look at it this in another way: the products are LEGOs, so the consumer can make a true material comparison if all the products were specified. Now the assembly of those LEGOs, the labor, even if following a plan or blueprint will not be performed in the same fashion from one crew to the next. Then the clean-up, pack up, communication, work duration, and overall experience of the LEGOs, (we mean the project), are the biggest variables when it comes to residential remodeling.

If there was a standardized platform available that accurately depicted and detailed the project and process for review, discussion, planning, and comparison then the playing field could be truly leveled. Great news! The staff at TB&A provides a detailed project design and development service and package for homeowners! 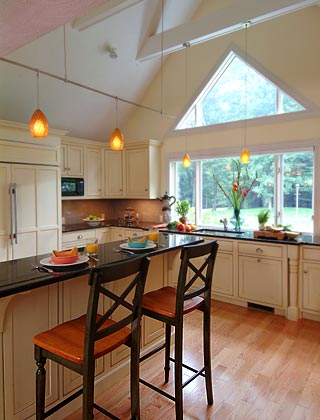